Block explained, “An instagram user with the handle “progressnownm,” posted a poll on their story that asked their followers to select from a list of conservatives, including myself, who is the most misogynistic, racist, white supremacist in the race. It also stated there were no wrong answers. Yet if you click on Karen Bedonie, Rebecca Dow, or Greg Zanetti’s name it is marked as wrong…clearly they are accusing me of being a misogynist, a racist, and a white supremacist.” 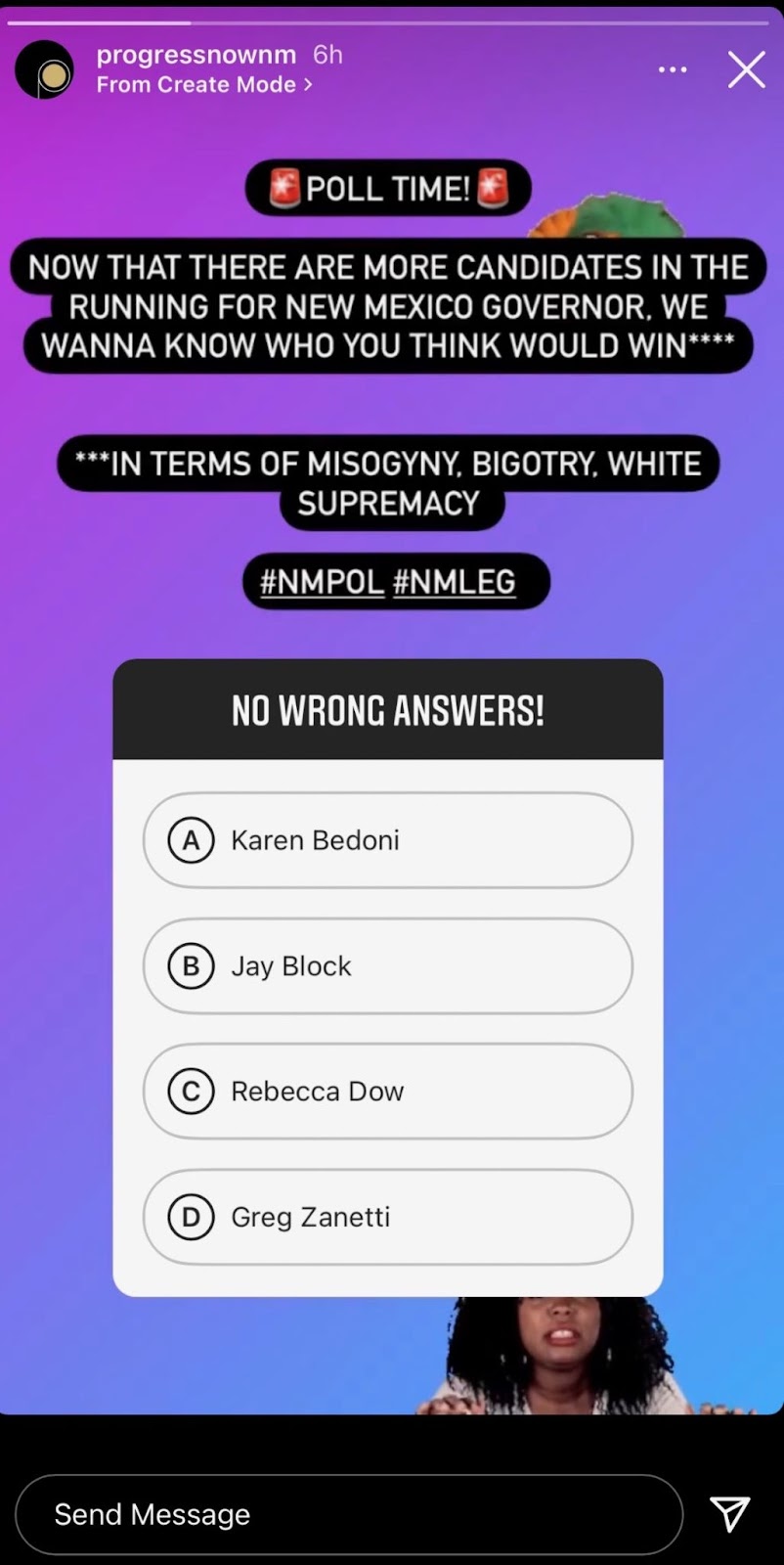 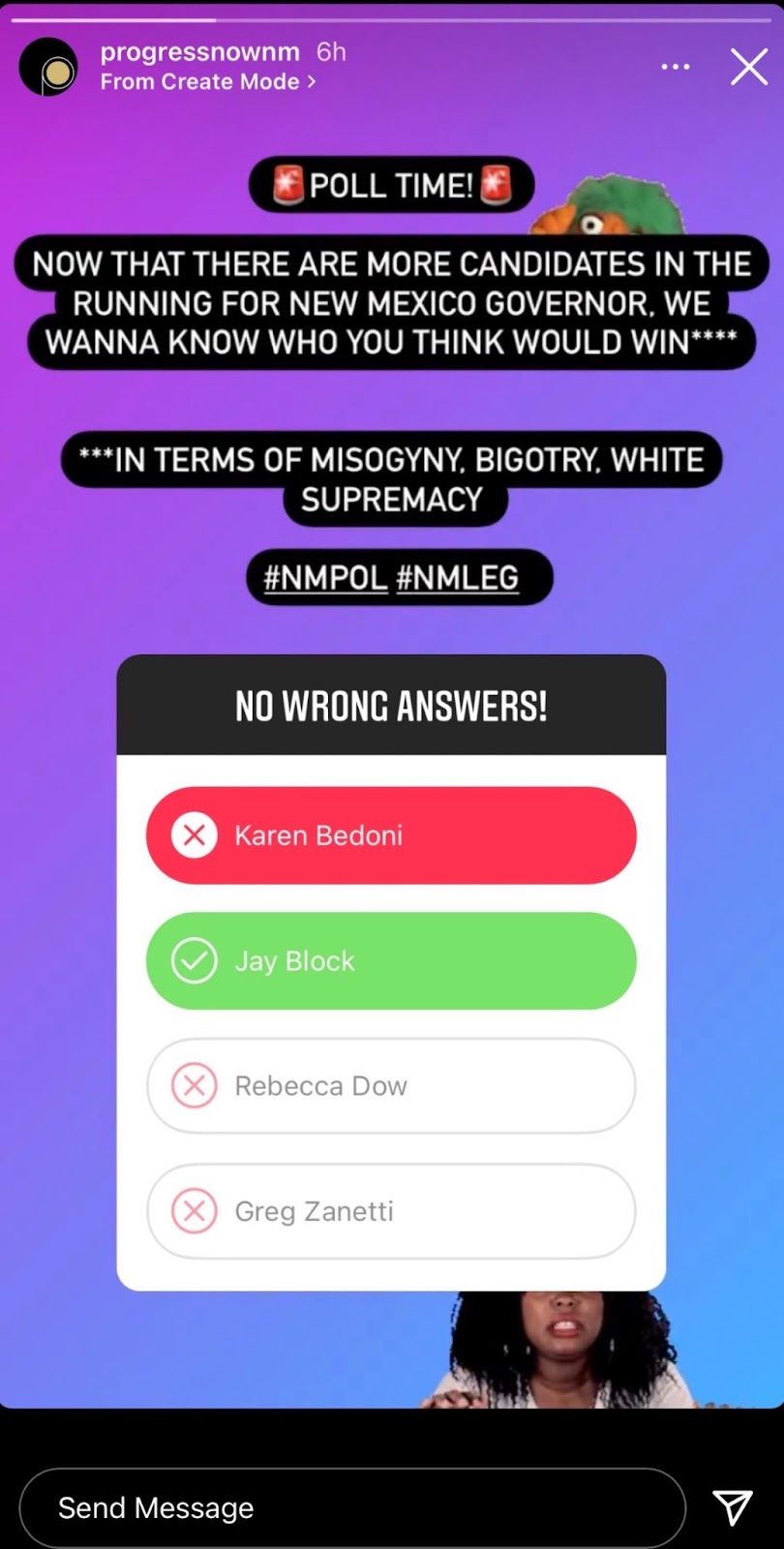 Block rebutted, “This is the exact same strategy they used for four years against President Trump. Yet, County Councilwoman Shontel Brown recently had the nerve to say ‘Some just want to attack Joe Biden and Kamala Harris. Frankly, I’m sick of it.’ Hilarious coming from the same party who are using an ad hominem argument to defame my character. I am a man with a deep Jewish heritage, I have three interracial children and I fought against terrorism in Afghanistan, protecting women’s rights, risking my own life, yet I am a racist and a white supremacist?”

Block continued, “The radical left is doing this because they are scared. I just won another straw poll this week with a new candidate in the race, and they are terrified of my threat to Grisham’s stranglehold on power.” 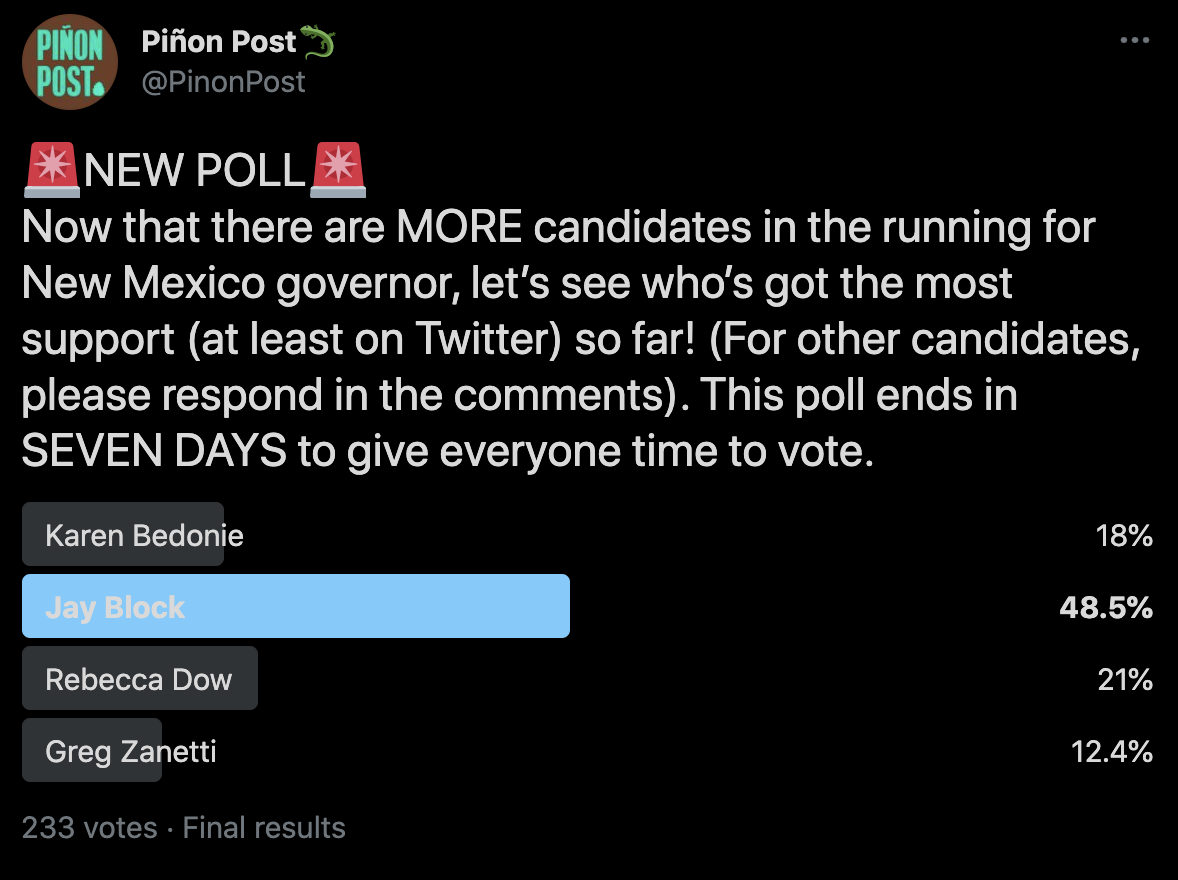 “I will not allow them to scare me into submission to their socialist fascist agenda.” Block concluded.

Paid for by Block for NM